Alicia Côté from Drummondville, Que. has gained a lot of experience in the last few years, playing in the Austrian League for Linz AG Froschberg, participating in world championships, Pan American championships and many major international tournaments. This is Alicia’s second Pan American Games after 2015 where she won the bronze medal in the women’s team competition.

“The Pan American Games in 2015 was one of my favorite tournaments,” said Côté. “The crowd was amazing and the atmosphere was great. I have been training and preparing for this tournament all year so I am excited to compete with my teammates and represent Canada in Lima at the 2019 Pan American Games.”

Joining her on the women’s team will be three-time Olympian Mo Zhang of Richmond, B.C. who will be competing in her fourth Pan Am Games after winning medals in her first three appearances.

The men’s team is led by two-time Olympian Eugene Wang of Aurora, Ont., who won bronze in the singles and team events at the 2015 Pan Am Games, the latter alongside another returning athlete, Marko Medjugorac of Sherbrooke, Que.

The competition is fierce as there will be two spots available for the next Olympic Games. Winners of the men’s and women’s singles events will directly qualify for Tokyo 2020.

Table tennis will take place August 4 to 10, 2019 at the Villa Deportiva Nacional – VIDENA.

“We have high hopes for our team that will compete at the Pan American Games in Lima, Peru in a few weeks,” said Adham Sharara, President of Table Tennis Canada (TTCAN). Our team is composed of a mixture of experienced and young, up-and-coming players. This is a good balance to achieve results and to plan for the future. On behalf of TTCAN, I wish our team all the best and we will all be following the matches and results closely, cheering for our players all the way.”

Lima 2019, which will run from July 26 to August 11, will bring together approximately 6,700 athletes from 41 nations of the Americas and feature 62 disciplines in 39 sports. It will be the largest sporting event ever held in Peru.

Athletes were selected by the TTCAN High Performance Committee that followed the criteria of the selection policy and selected the following athletes and coaches:

Prior to being named to Team Canada, all nominations are subject to approval by the COC’s Team Selection Committee following its receipt of nominations by all National Sport Federations in late June 2019. 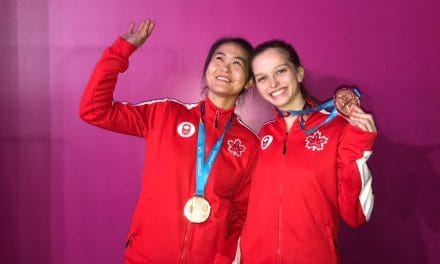 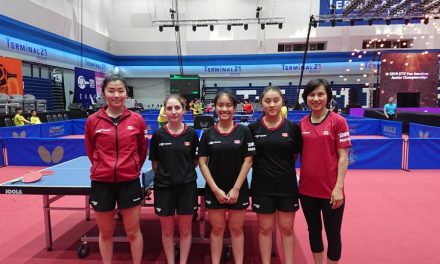