DEJAN PAPIC REFLECTS ON THE 2021 SEASON; OPTIMISTIC FOR 2022 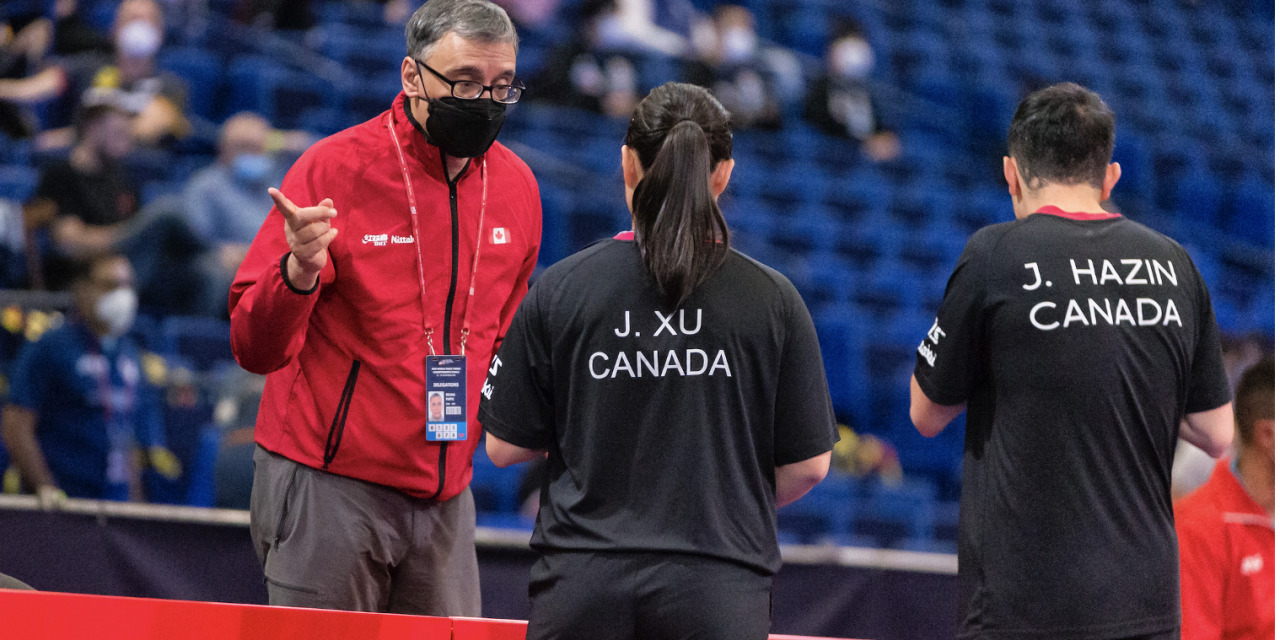 Despite the challenges and limitations placed upon all athletes, coaches, and sport administrators over the last two years due to the COVID-19 pandemic, Table Tennis Canada (TT Canada) has come out of the shutdown looking strong, and with a solid foundation laid for the journey towards the 2024 Olympic and Paralympic Games says Dejan Papic, High Performance Consultant for TT Canada.

“Considering that from March 2020 until the summer of 2021, there was almost nothing going on – our main idea was to keep the players and coaches engaged somehow,” stated Papic who was hired to his role in September 2019.  “In the first few months of 2021 we had online courses organized for players and coaches and I think this helped to keep the group together and to get the feeling that something is going on. It was also an opportunity to educate the coaches and players and for them to learn in a different environment – not only at the tables. Almost 75-80% of the national team players attended these learning sessions. I sincerely believe for big countries like Canada, this should be one of the ‘must’ activities that we have. I think we used this opportunity very positively.”

Papic is also very proud of the work done to create clarity for athletes and coaches in terms of the levels within the national team group, and what it takes to move from one level to the next.

“We now have our national team levels broken down into elite, international, continental, and national. I think it’s very important that every athlete and every coach knows what it takes to reach each level. Compared to the previous period (pre-COVID), this is really important – we never really had something like this. We also have for the first time an annual training camp with physical and technical skills testing and so all of this leads to very objective measures. It’s a step forward and this was completed in the last year.”

These initiatives, amongst others, will hopefully bear fruit for years to come – and they already appear to have had an impact, given the strong results Canadian players recorded over the busy fall competition season that wrapped up last week.

“Mo had by far the best result ever for her in singles – it was her fourth Olympic Games and she’d never finished anywhere close to this result,” stated Papic. “In mixed doubles, we as a community took it lightly that we beat the Americans in order to qualify. Because the Americans, for the last 10-15 years have had much better results than the Canadians in both men’s and womens’ so it’s an assumption that they would be better than us in mixed doubles.

It also shows that when we have time for training camps and preparation that we are much better, but unfortunately we don’t always have time for this, and we don’t have the financial means to organize this. But for the Olympic Games qualifiers in singles and for the Olympic Games proper, we had time to prepare – that really makes the difference. I think that’s the key for our future. We need to find the financial vehicle to have this type of preparation on a yearly basis.”

At the World Championships in Houston in November, Hazin had particularly good results, winning one match against a player that has a much higher ranking than him. With Hazin having started University in the US this fall, the challenge will be balancing his academics with training and competitions – something that Papic says is going to be crucial to keep him, and others engaged in the sport:

“In table tennis, players are starting to peak in the late 20s/early 30s so this bridging from their junior years through this almost 10 year period is tough with most Canadians choosing to pursue university or other things during this time. Keeping players has become a major task. This year we managed to have at least almost all of our senior and last year junior players engaged. Before they would simply quit, but now a whole generation has stayed.”

“We had great results from the women (at the Pan Am Championships) because our women’s team reached the final which was a surprise and I really don’t think they were that far from winning that gold medal – they lost 3-1 against Brazil,” commented Papic. “Beside our top player – Mo, May Tong won a crucial game in the quarter finals, Ivy Liao had good results in singles in the quarter finals, and the coach made a very smart and brave decision and chose to play our youngest player – Gina (Ching Nam) Fu who is only 15 in the semi-finals, and she won a game that helped us go to the last stage. Two months earlier at the Junior Pan Am Championships, she also played in the finals against the US and that was also a very good result.

Terence Yeung was the only Canadian player to compete at the World Youth Table Tennis Championships in December and Papic was very impressed with his play: “Since 2007 Canada hadn’t reached the quarterfinals at any stage at the World Junior Championships, so after a long time it was great to have Terence at this level. Understanding our budget and our circumstances and the huge difference between us and the asian countries – that really is a good result on the World Stage.”

As Papic looks to the future for table tennis in Canada, he is proud of how the community is working together to move forward: “I think we are lucky that we have some good knowledge here in Canada, and this is something that I’m proud of – that we have young coaches and that they are using these opportunities very well. The knowledge and the enthusiasm are there, now we, as an organization, need to find the conditions in a daily training environment to help support our players for competitions outside of Canada. Considering our capacities, and our realities…..our players have very good technical skills, but we need other elements, as a whole national team to be competitive.”

Next year should kick off with the World Team Table Tennis Championships in China in April – though if Papic has learned anything from the last two years, it’s to be flexible with making plans: “We hope that there will be World Championships next year – China has very strict rules for COVID – but we hope that it will be OK.”

Eugene is, in my opinion, by far the most knowledgeable player in Canada, and one of the most knowledgeable players I’ve ever coached – and I’ve coached a few in the top-20. And Mo Zhang has also proved that she can also go to the final stages. Our junior players need to mature very fast, and we need to find the players that are capable of playing along with Mo and Eugene.”

For a review of the past year’s competitive results, please visit our website: http://ttcanada.ca 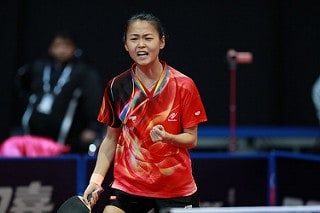 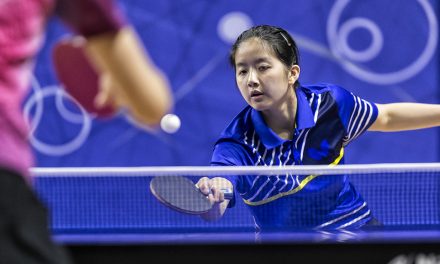 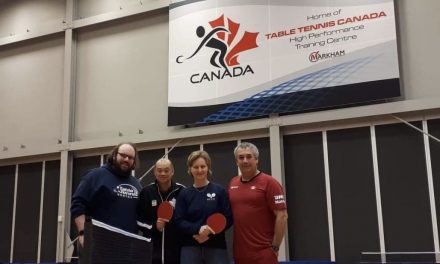 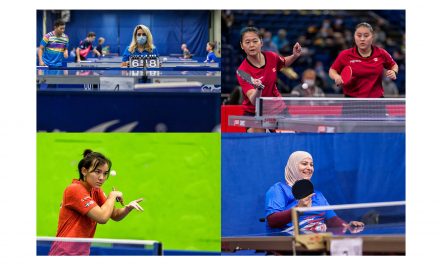 January 24 is the International day of female sport 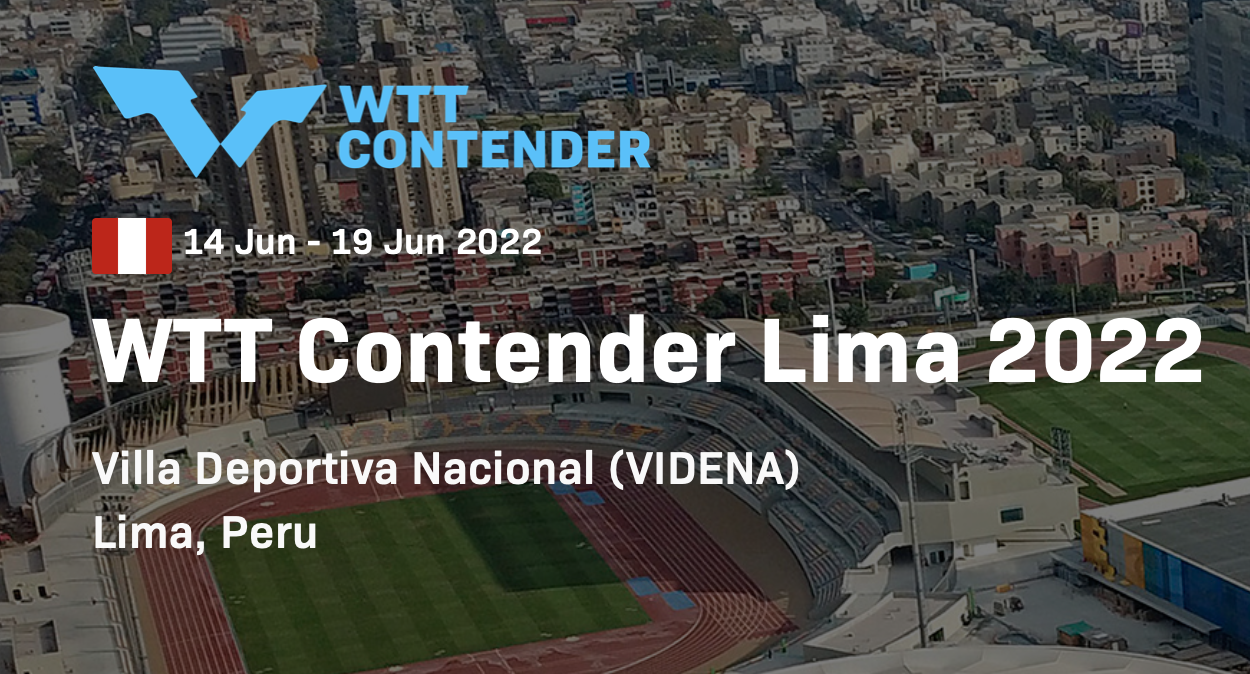