Erica Ans – The Pride of Canada

Canada’s Newest and Youngest Blue Badge in Progress (BPP) Umpire scored the highest mark on the Advanced Rules Exam that was held during the World Championships in Dusseldorf, Germany at the beginning of June 2017.  Erica attended the seminar and the exam with 16 other International Umpires who also wrote the exam.  There was a 50% pass rate.  Erica’s mark was over 90%.

Erica has been an International Umpire (IU) since 2012.  She has also completed the National Referee course in 2009.  Erica has demonstrated her expertise as an umpire and a referee across Canada.  She has been a referee at the National Championships on more than one occasion. Her knowledge as a referee is second to no one.  She has joined the small group of facilitators in Canada to provide leadership with the Referee Course in both official languages.

TTCAN sends congratulations to Erica and is confident that she will complete the highest level as a Blue Badge Umpire over the next two or three years.

Erica Ans qualified by the ITTF as an International Referee 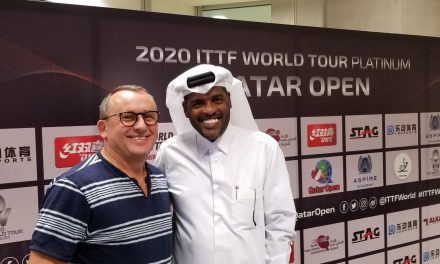 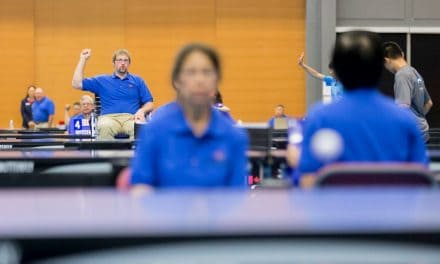