Canada’s very own Mo Zhang will enter the field of 16 players at the 2017 Uncle Pop Women’s World Cup in Markham from 27-29 October. Zhang will compete as the host nation entry and, while she has competed in the prestigious event on a handful of occasions before, this will be a unique experience for her as she fights for success before a home crowd.

“I’m very excited and it will be a very good experience. I just want to try my best!” – Mo Zhang.

The intense level of competition at the event has meant that on her four past appearances at the Women’s World Cup or Intercontinental Cup (pre-qualification) Zhang has been ground to a halt at the group stages. No doubt on home soil in Canada she will be looking to raise her game and try and push for a new record into the main draw.

Zhang is no stranger to high level competition and has proven her ability to rise to the occasion previously. In 2013 she was victorious at the Commonwealth Table Tennis Championships, sweeping the field – including a stunning straight games win in the final over Singapore’s Yu Mengyu, a player who has on a number of occasions appeared among the top 20 female players in the world.

The Canadian superstar currently ranks #57 on the ITTF Women’s World Ranking, just one shy of her peak (last month) at #56. Given her current position and form, along with a potential home advantage, could Mo Zhang be the one to upset the odds in this year’s competition?

With the Asian Cup just days away it won’t be long now until player qualifications for the 2017 Uncle Pop Women’s World Cup will be finalized and invitations will be sent out. Who will Mo Zhang face off against? We will have to wait and see.

Currently Mo is training and playing league in Austria where she plays for Linz AG Froschberg in a high quality practice and competition environment. We wish her the best of luck with her final preparations and look forward to seeing her on home court come October in Markham, Canada!

Get your tickets to come and support Mo Zhang live here: 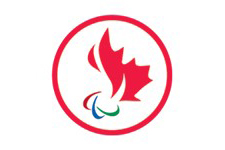