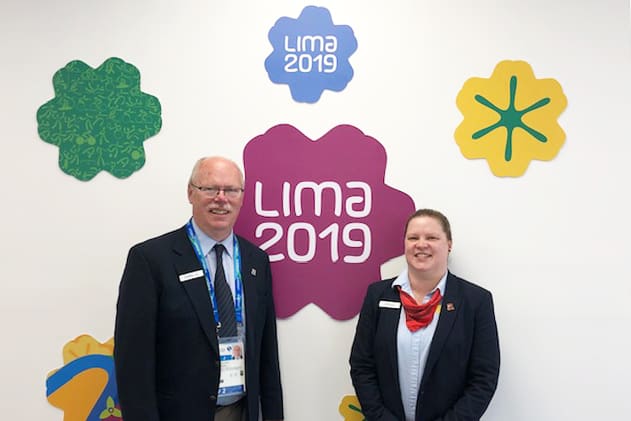 Erica Ans and Joe Fisher are representing Canada at the Pan American Games in Lima, Peru from Aug 3 to Aug 11, 2019.

“On behalf of TTCAN, I congratulate Erica Ans and Joe Fisher for being selected by the Organizing Committee to officiate at the PanAm Games in Lima. Joe is the Deputy Referee for the event, while Erica is attending as an International Umpire. We are very proud to have Canadian officials participating at such a prestigious event. We wish them all the best.” – Adham Sharara, President Table Tennis Canada

Erica ANS has reached a pinnacle in her officiating career.  Her past performances as an International Umpire has been recognized by the Pan American Sports Association which caused the invitation.  She is on the pathway to become a “Blue Badge” umpire.  This is her first Pan American Games outside Canada.  She fits into the highly qualified field of 20 International BB Umpires from 16 separate countries.

Erica has contributed to the development of table tennis in Canada in a variety of capacities such as athlete, coach, administrator, volunteer, Board Member and now as a top official in Canada.

After a short interview, she says that the Pan American Games are a highlight.  They are well organized and treat the officials fairly.  Players and coaches are respectful of umpires.  The people of Lima are extremely friendly and will go out of their way to lend assistance, both at the venue and in the streets.  Her final comment is about the food.  “The food is exceptional.  It is cooked to perfection from meat to fish and finally the vegetables”.

Joe FISHER is a veteran official.  He has represented Canada on many occasions including the 1992 Olympics as an Umpire.  During the past 18 years Joe has created and delivered courses, at the request of ITTF, around the world to fellow umpires and referees.  He continues to provide educational opportunities to officials in Canada.

His role at these Pan American Games is Deputy Referee.  This is the first time he has served in this capacity at the Pan American Games.  However, he has worked with the current referee, Silvia Garro (CRC), in Toronto at the Women’s World Cup.

Joe has indicated that Peru is a hidden jewel in South America.  Lima and the 20 million people in the city should be proud of the extravaganza that they have organized not only for the Americas but also the World.

He agrees with Erica that the food is unbelievable from the appetizer to the entrée to the dessert.  This is an experience of a lifetime.

Erica Ans – The Pride of Canada 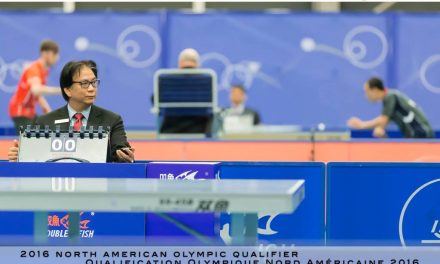 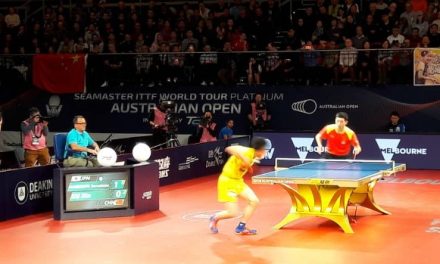