Now in their 7th annual event, Paddle Royale brings together over 600 young professionals, table tennis enthusiasts and philanthropists for dinner, drinks and to raise money for Big Brothers Big Sisters Toronto in a tournament for the ages at Steam Whistle Brewery. 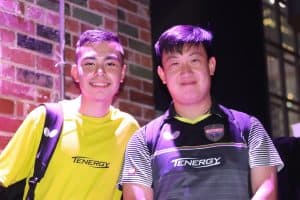 Eugene Zhen Wang and Jeremy Hazin, some of Canada’s top male players, participated in the event for the “beat the pro” competition. Participants could make a donation for a chance to play against our national team players.  Although many tried their best, no one was able to get a win against the pros, but they had fun trying and money was donated to a good cause. At the end of the tournament, Eugene and Jeremy then played a fun game of doubles against the 2018 Paddle Royale champions.

Toronto Maple Leafs player Josh Jooris was also in attendance and got a chance to test his skills against our 2018 Canadian champion, Jeremy Hazin.

On top of being a great table tennis tournament, Paddle Royale is an opportunity to raise funds to support the life-changing mentoring programs that serve over 3,800 volunteers and at-risk children and youth in Toronto. Since 2012, the BBBST Young Leaders have raised over $500,000, which means that more than 300 children and youth have been matched with a uniquely suited volunteer mentor.

Big Brothers Big Sisters is Canada’s longest serving child and youth mentoring organization.  They have been active in Toronto for 105 years and have cemented an enduring legacy of changing kids’ lives by providing vulnerable young people with a caring, positive adult role model.

In the end, it was a great event. Good times were had and money was raised for a great cause, all while playing a sport we love. 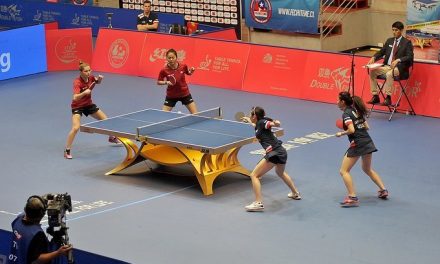 Celebration and Frustration Walk Hand in Hand With Canada in Santiago 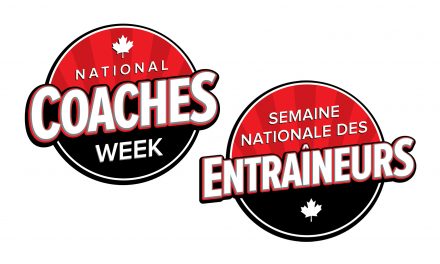 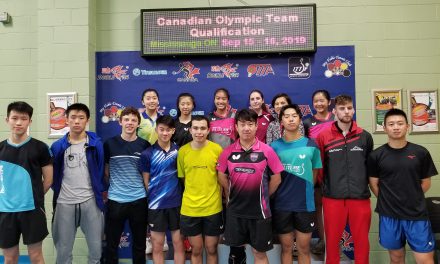