“We are looking forward to the interview with both Joyce & Mattéo, October 8, 2020 at 7pm EDT. Congratulations again to both the scholarship recipients.”

Congratulations to Joyce Xu from Ontario and Mattéo Martin from Québec in receiving the 2020 Champlain Table Tennis Club scholarship.

Martin Marcotte from Team Québec has many nice things to say about Mattéo. “Since the beginning, Mattéo has always been respectful with coaches, umpires and players. He is a good teammate, always there for others. Even with his steady practice, he is maintaining good results at school.”

“For me, a model is someone who influences me and I will copy certain habits from him or her. I try to be that role model for the younger players in my club” says Mattéo, who started playing at the age of 8 in France, participated in his first Canadian Championships in 2015 and took home two gold medals for Québec in 2019 at the Canada Winter Games in Red Deer, Alberta.

The Ontario Table Tennis Association has selected Joyce XU as the recipient from Ontario for the second 2020 Academic Scholarship from the Champlain TT Club. Congratulations to Joyce. She will be attending Western University in London, Ontario.

Joyce started playing when she was 7 years old, at My Table Tennis Club in Markham. Her first tournament was in 2011, the Canadian Junior Championships hosted in Mississauga, Ontario at the age of 9 years. Her biggest achievement came 8 years later when she won the gold medal at the U18 Girls Singles category at the 2019 Canadian Junior Championships.

Joyce has been awarded the grant because of her extraordinary achievements at educational and sports fields. She is also very well-known for  her comradeship among her teammates in both National and Ontario Team. Her coaches, Shen Qiang, May Tong, Siquan Wu have always described Joyce as very coachable player that will give its best at the most important moments. Last year was her best table tennis year ever  – bronze medal at PanAm Senior Championships in double with Zhang Mo, silver medal with Canadian Junior Team at PanAm Junior Championships, extraordinary results at National competitions (bronze medalist Seniors, gold medalist Juniors, first place at selection tournament for World Championships).”

“A role model to me is somebody I respect and admire; somebody who possesses skills or character traits I would like to emulate” says Joyce. When asked who she would like to practice with, the answer was easy “If I could practice with anyone in the world right now, I’d love the once-in-a-lifetime opportunity to practice with the Chinese women’s national team. It’s no secret that they are the best in the world, and I would love to witness and be a part of the action myself.” Joyce continuous to practice 8 hours a week.

The Champlain TT Club was created by Mariann Domonkos 30 years ago at the CEGEP de l’Outaouais in Hull, on Champlain street, which gave the name to the club. The club then moved to several locations over the years. When the CEGEP was completely renovated the club moved to Carleton University. Many coaches and administrators contributed to the development of the players in the club including Mariann Domonkos, Norm Tang, Adham Sharara, Donald Davidson, Attila Csaba, Guoxi Su, etc. The players were from both sides of the river (Ottawa and Hull). Norm Tang’s family were players at the club and Norm took an active role in the management of the club together with Mariann, and later with Mr. Su and then with Attila. The club is no longer in existence, but it has a fund that was developed over the years. It is from this fund that scholarships are offered to players attending college or university from Ontario and Quebec, one from each province every year. 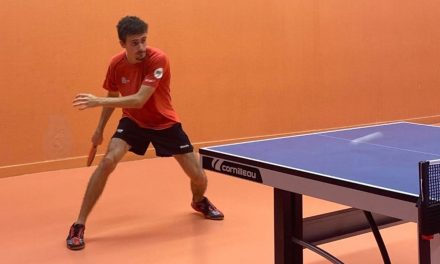 Matteo Martin talks about his table tennis experience in France 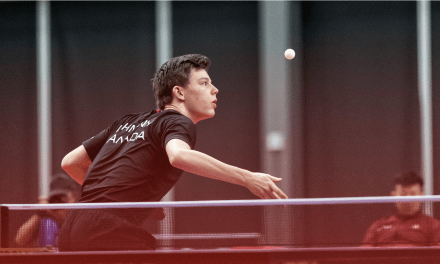 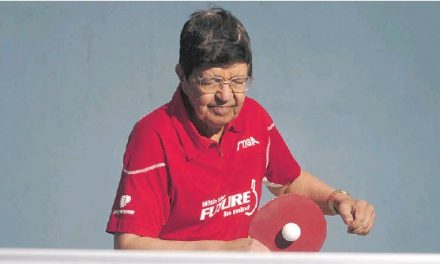