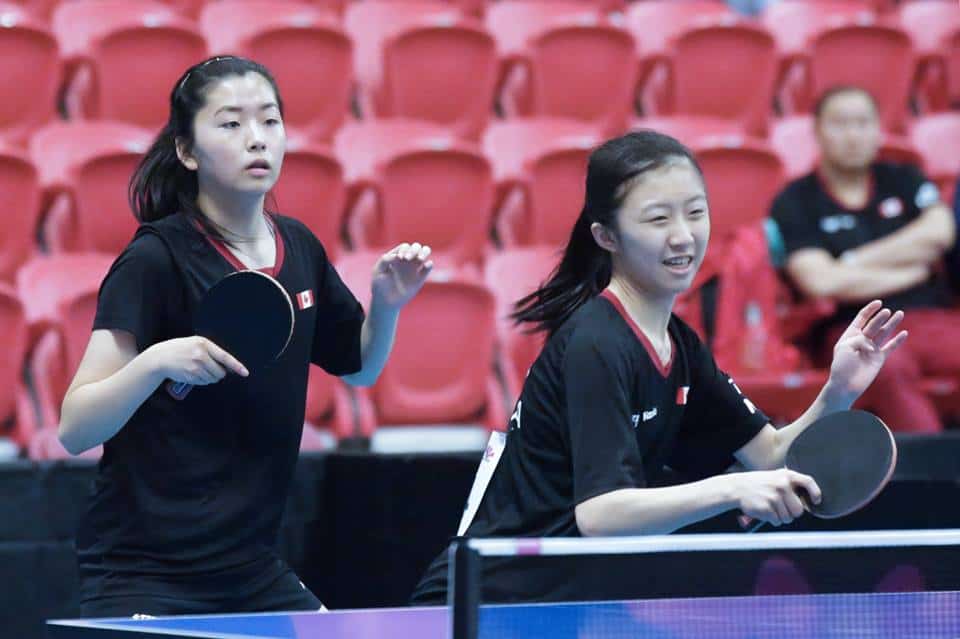 The Pan Am Centre in Markham is building its history as a mecca for entertaining table tennis: many remember the emotional maelstroms of the 2015 PANAM and the 2016 Olympic Qualifiers or the color and energy of the 2017 Women’s World Cup. With so much on the line and with players exhibiting peaks in their personal stories the drama was palpable.

May 27 – June 02 presented yet another chance to share in the Markham story. 120 young players from four continents and 22 countries displayed an intriguing montage of skill, determination and dreams competing in three concurrent events: The Canadian Cadet and Junior Open, The North American Hopes Challenge and The Road to Buenos Aires Youth Olympic Qualification.

49 Canadian players were the beneficiaries of these opportunities for intense international competition. And some 20 officials guided the proceedings, including eight who received training and evaluation as part of their certification paths.

The 36,000 square foot gym at the Markham Pan Am Centre provided a generous setting as the drama played out with Butterfly providing first class equipment and expert streaming for a worldwide audience.

Bronze for David Mandlestam in the North American Hopes Challenge

Silver for Jeremy Hazin in the Youth Olympics qualifier.

Overall one encouraging truth was revealed: Canadian table tennis has a great future! We spoke to John Hyland and our girls cadet champions Benita Zhou and Isabelle Xiong. Watch the interviews here:  https://www.youtube.com/channel/UCQN5H2YcSBOgBNuZeyO91HQ

January 24 is the International day of female sport 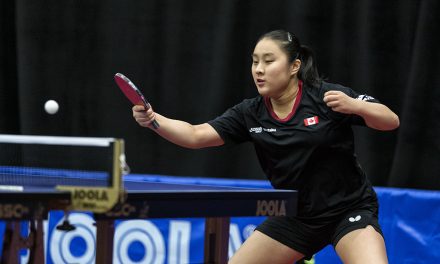