Table Tennis Canada is proud to announce a new National Team uniform sponsorship agreement with two of the world’s largest table tennis suppliers – Double Happiness Sports, based in Shanghai, China and Nittaku, based in Tokyo, Japan.
After an unusually active bid process, DHS and Nittaku clearly presented the best bid. The bid is based on an 8-year term, “an unprecedented period for our National Team uniform contract,” explained Tony Kiesenhofer, CEO of Table Tennis Canada.
“With the agreement pegged for an 8 year period, DHS and Nittaku will become the brands of our next generation program – TEAM 2024! And, the agreement has a strong development component; aside from the team uniforms, the deal includes $300,000 worth of playing equipment, top quality tables at a value of $40,000 and other equipment for our junior teams. – In total the value of this sponsorship agreement exceeds $1 million over a period of 8 years.
”TTCAN Marketing Director Brian Ash is certainly pleased, “in the world of high performance sport, success can only be achieved when athletes have access to the highest quality equipment and training environments. Nittaku and DHS are world leaders in table tennis technology; their vision for the future of our sport is inspirational as they focus on the needs of today’s elite players while being ever mindful of future stars.”
“We are very glad to be the official supplier of the Canadian National Team,” DHS said commenting on the agreement, “It’s our pleasure to cooperate with such a brilliant team. We believe our cooperation will be fruitful for both sides to promote table tennis in North America. We wish the Canadian National Team will get great achievements in the future and more and more people will like DHS.”
Nittaku president, Mr. Isao Kitaoka said that “It is an honor to be the sponsor of the Canada National Team. In partnership with Double Happiness Sports we would like to support the team and also all the players and fans in Canada. We hope to cooperate with Table Tennis Canada for the good of Table Tennis in Canada.“
Table Tennis Canada looks forward to working with Nittaku and DHS and help the two companies expand their market in Canada and in North America.
As early as this October, Double Happiness Sports will be present in Canada on a different occasion, as the equipment sponsor of the Women’s World Cup in Markham, ON – Dates: October 28-29, 2017 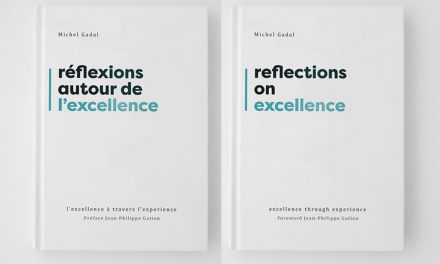 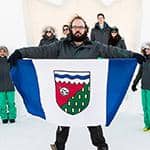 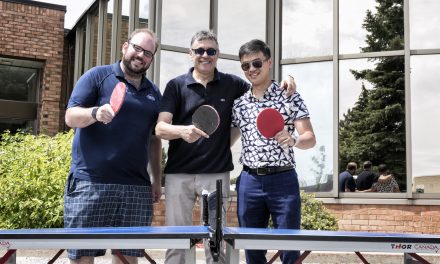