Table Tennis Canada approved the membership of the New Brunswick Table Tennis Association at the Special General Meeting on June 20th, 2020, to become the 13th member to the National Sport Organization.

“On behalf of TTCAN’s Board of Directors and our Members, I warmly welcome back the New Brunswick Table tennis Association as a member of Table Tennis Canada. The NBTTA was a very active and influential member of TTCAN in the past. In fact, Mr. Don Barnett of NB was the president of the Canadian Table Tennis Association in the late 1970s and early 1980s. Moreover, NB had some top national level players such as Ingrid Martinyi (now Ingrid McPhee, the new treasurer of the NBTTA), Mike Quinlan and of course the late Karl Berubé may his soul rest in peace.” Said Adham Sharara, TTCAN’s president.

The return of the NBTTA as a full Member of TTCAN is most welcome by all as was demonstrated at the TTCAN Special General assembly held on 20 June 2020 electronically. The NBTTA was reinstated as a member unanimously. I personally welcome the new NBTTA president, Mr. Virgilio Santos and offer him and his team the full support from TTCAN’s Board and staff.” The president stated.

The president of New Brunswick Table Tennis, Virgilio Viter Santos, was definitely excited after the members declared the Provincial Sport Organization as a member “I would not dare to try and explain why we decided to reactivate the NBTTA. When you love it you don’t really think about the reason, you just know what is the next right thing to do.” He said.

He continued “We are planning to develop Table Tennis in New Brunswick in order to participate in all the applicable national/regional events and with real chances of performing at the highest levels, not only regarding the players, but also the officials.” 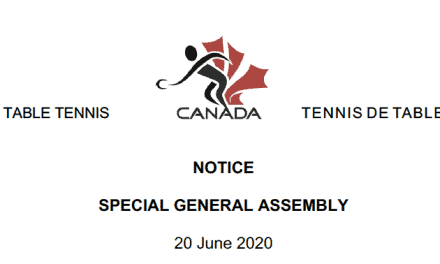 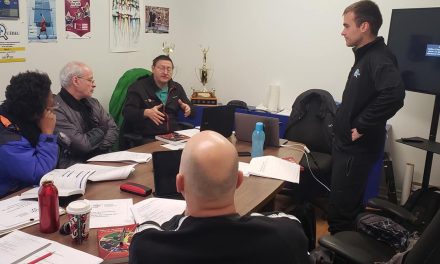